By: Monica Fulmer, Middle East Section
Analytical Question: Will there be another Palestinian Intifada in 2018?

The Israeli-Palestinian conflict has intensified after United States President Donald Trump proceeded to recognize Jerusalem as Israel’s capital. The continuing increase of violence in the region may indicate an impending Palestinian Intifada in the coming year, although it is still too early to state with confidence that it will occur. 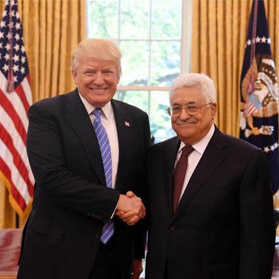 Ever since the creation of the state of Israel in 1948, there have been constant tensions between Israelis and Arabs. The first Palestinian uprising against Israel began in 1987 and lasted until 1993. The Second Intifada lasted from 2000 until 2005. Both began after the Palestinians were displaced from their homes and put under strict territorial control by the Israeli government. The period after the Gaza War of 2008-2009 has been characterized by the relative absence of violence. There have been multiple attempts to promote a two-state solution or to establish a confederated Jewish-Arab state. However, no resolution2 has gained the approval of both the Prime Minister of Israel, Benjamin Netanyahu, and the President of the Palestinian National Authority, Mahmoud Abbas. Recently, US President Donald Trump, recognized Jerusalem as Israel’s capital and said he will be moving the US Embassy there on May 15, 2018. Jerusalem has been a highly controversial point in this conflict, due to both sides having religious claims to the city. Currently, Jerusalem is split between East (Palestinians) and West (Israelis).

In the past week, there have been reports of increased violence, of protests, of attempted seizure of land, and new government policies affecting Palestinian residents of Jerusalem. Protests have been occurring regularly throughout Palestinian territories every Friday since President Trump’s announcement about the embassy move. Since March 6, 2018, two Palestinians have been killed11, 10 fishermen have been arrested in Gaza, 16 people have been detained in overnight raids in the West Bank, and over 200 have been teargassed via drone for the first time at the Gaza-Israel border9. Additionally, the Israeli Parliament passed a law that allows the Interior Minister to revoke the residency rights of any Palestinian living in East Jerusalem, if they are found to have “breached the loyalty” to Israel. Soon afterwards, Israeli troops entered a village near Nablus in order to confiscate land from a local secondary school. President Trump will soon be releasing his “Peace Plan” on the Israel-Palestinian conflict, which he will be presenting at the United Nations. Council members are highly unsure as to whether Israel and Palestine will even approve of the plan, since they had no role in creating it. The plan may just be rejected outright, since President Abbas has been refusing to speak with Trump.

It seems that the reported amount of violence and protests has increased since President Trump’s recognition of Jerusalem as Israel’s capital in December of 2017. There was another spike in reports when President Trump announced the date in which the US embassy will be moving to Jerusalem, which is May 15 of this year. These clashes and protests appear to be directly correlated with the Trump administration’s announcements. It now appears that President Trump has acknowledged the escalating tensions in the region and is now is trying to mend the conflict using his own political approach. Since neither of the parties involved in the conflict were consulted in the creation of Trump’s plan, it seems that this proposal will most likely be rejected immediately. Ultimately, that would just bring more disappointment and with more disappointment comes further radicalization on both sides of the conflict in the region.

Given the recent developments, it can be stated with high confidence that protests and violence between Israelis and Palestinians will continue to increase. The Jordan Times reported that1 “another Palestinian Intifada cannot be ruled out under the current circumstances.” We agree. It can be stated with moderate confidence that there will be another Palestinian Intifada in 2018, though it is not yet definite, despite the increasing tensions.